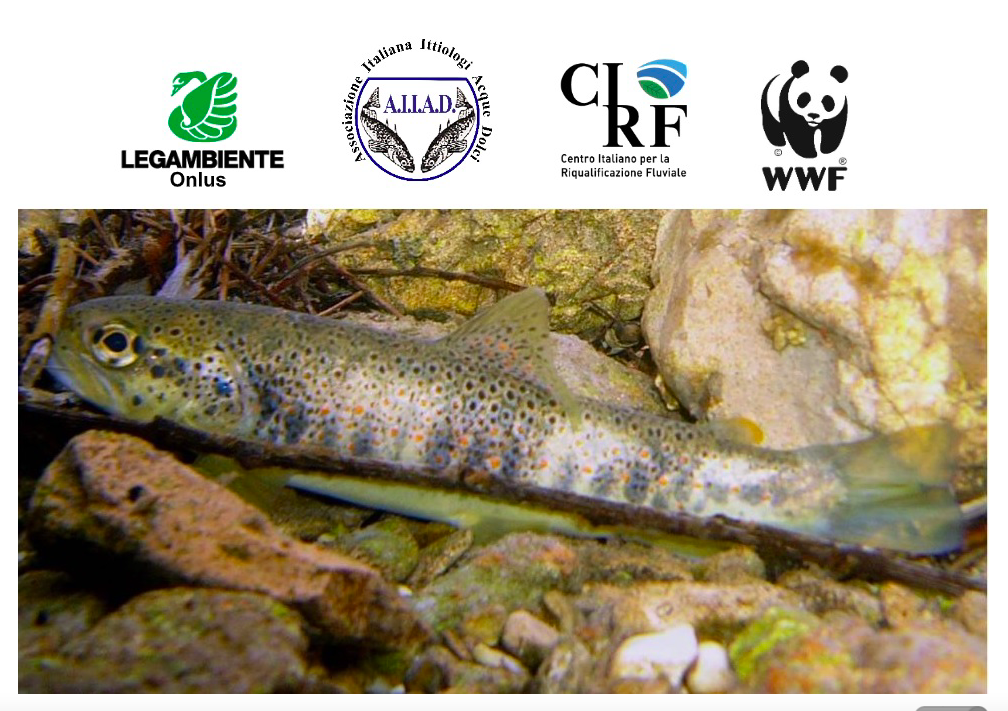 Hosting 35% of known vertebrate species, aquatic ecosystems make a decisive contribution to maintaining our planet’s biodiversity, but they are also the most threatened by anthropogenic impacts and biodiversity decline is much faster than in other habitats, for example , in the short term, an extinction rate of 4% every 10 years is projected for water fauna, much higher than that of about 1% per decade for terrestrial and marine ecosystems.

Italy is one of the most important areas in Europe for the conservation of the biodiversity of inland waters. Legambiente, Italian association of freshwater ichthyologists (AIIAD), Italian center for river regeneration (CIRF) and WWF highlight that “The heterogeneity of the landscape and the presence of mountain barriers have favored the existence of a great wealth of species, however threatened from anthropic impacts, among which the introduction of exotic species is one of the most important ».

Faced with this situation, the 4 associations denounce that “Despite the value of this heritage to be protected and enhanced, the FIPSAS (Italian Federation of Sport Fishing Underwater Activities and Finswimming) has expressed its opposition to the decree (Directorial Decree of the DG PNA of 2 April 2020) which establishes the criteria for the introduction of fish species into rivers also for the purposes of sport fishing and tourism, considering it excessively restrictive and limiting compared to the usual repopulation activities carried out at national level, revealing, in fact, the usual practice to introduce uncontrolled exotic species into inland waters ”.

For this reason, Legambiente, WWF, AIIAD and CIRF wrote to the Minister for Ecological Transition Roberto Cingolani underlining the importance of the Directorial Decree of DG PNA of 2 April 2020 because “It contains rules to regulate the management of activities related to sport fishing and tourism, important for guaranteeing the protection of endangered fish species. This decree, in fact, establishes the criteria that the Management Bodies (Regions, Provinces) must follow to request authorization from the Ministry for Ecological Transition for the introduction of non-native fish species into Italian inland waters. The application must be accompanied by a risk study that demonstrates that following the release, no impact on the ecosystem level is involved such as to compromise natural habitats or wild fauna and flora. This regulatory instrument is essential to finally bring order to the chaotic landscape of wildlife immissions in nature in Italy. And it is very strange that FIPSAS intervenes right now, when the criteria that make it possible to derogate from that reintroduction ban are identified, to denounce the risk of blocking their activities. Unless FIPSAS has realized that brown trout and rainbow trout, as alien species, have not been released into our waters for more than twenty years. And that any releases of these species were and, if not authorized by the MITE, remain illegal and therefore must be prevented by prosecuting the authors by any means “.

The AIIAD lists a total of 55 native species (bony fish and lampreys) for Italy, of which at least 27 are endemic or sub-endemic. But 62 acclimatized non-native species have also been found in Italian fresh waters. According to what is indicated in the Iucn Red List, the conservation status of native Italian fish is particularly negative and worse than the other classes of vertebrates. Almost half of freshwater fish species are at high risk of extinction (48%), while the percentages are 36% for amphibians, 19% for reptiles, 29% for birds and 23% for mammals. Furthermore, fish also have the highest percentage of species already extinct in Italy, equal to 4% of the total.

For all these reasons, the 4 associations express “Deep concern for the impact that invasive species can continue to exert on native fish fauna and for the position expressed by FIPSAS with the inadmissible claim to continue introducing alien species for recreational and sporting purposes, without take into account the fundamental role that the conservation of biodiversity plays in guaranteeing the ecosystem services necessary for the well-being of humanity ”.

The letter sent by Legambiente, WWF, AIIAD and CIRF to Cingolani concludes; “Believing that sport fishing and the induced activities generated by it can actually be supported by widespread and continuous inputs of alien fish species, often invaded ve, derives from a simplistic and distorted conception of reality. On the contrary, we believe that the management of natural ecosystems and fish resources requires much more complex, articulated and continuous activities than simple restocking and that all activities related to sport fishing must always be based on respect for nature in a context of sustainability , in order to guarantee the protection of natural resources for future generations. For all these reasons, we hope for the rapid adoption of the table of permitted species attached to the Decree and we ask the Ministry to increase the supervision of the territory and the surveillance, through the forest police and other law enforcement agencies, of compliance with the rules for the protection of biodiversity. and fish fauna “.