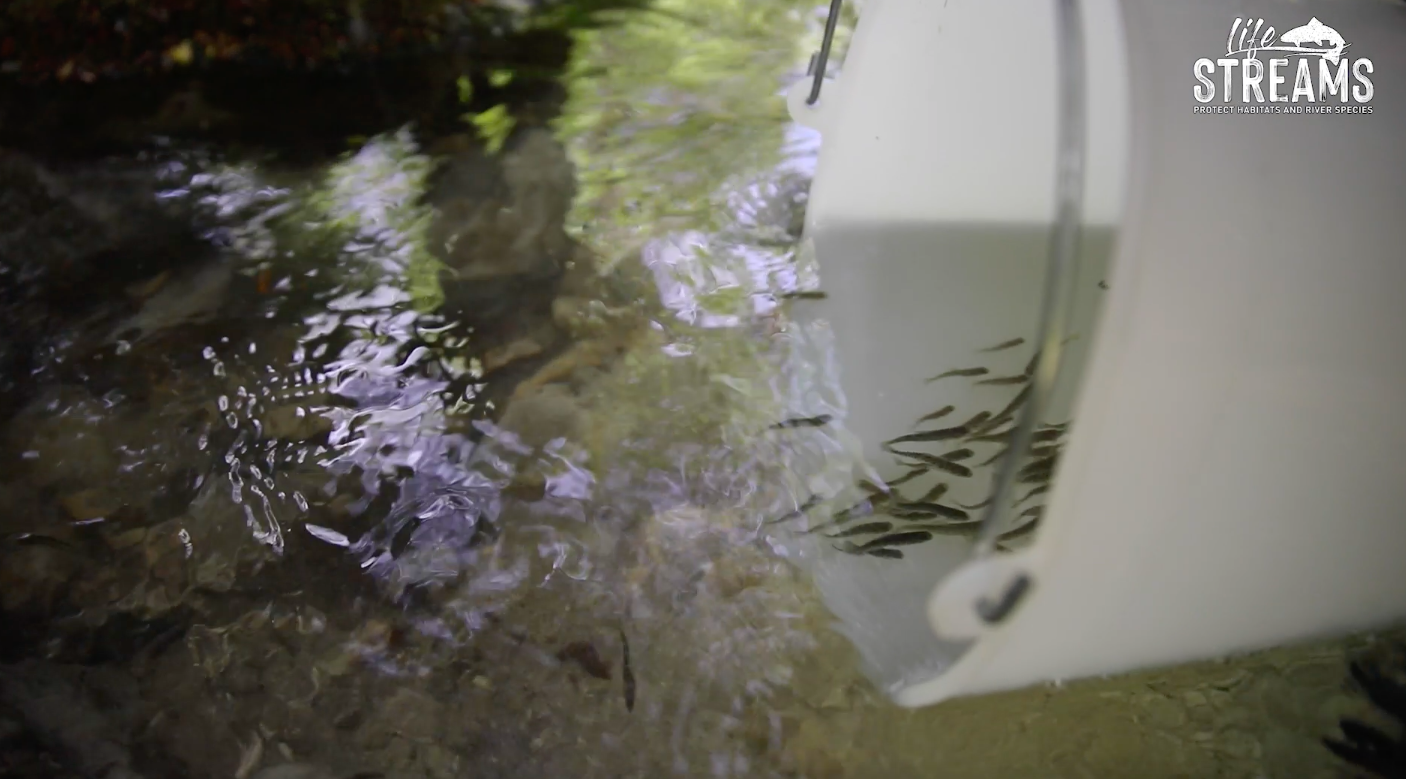 The first sowings of little Mediterranean trout from the Experimental and Hydrobiological Ichthyogenic Center (CISI) of the Abruzzo Region were carried out on Monday 8 June at the Maiella Park. The releases took place in three stretches of the Orta and Orfento rivers deemed suitable thanks to the results of the past genetic analyzes of fish populations.

At the beginning of January 2022, eggs and semen were collected from individuals and were genetically tested according to the protocols developed as part of our project, protocols aimed at guaranteeing a high level of genetic purity.

Thus, about 1,500 5-6 cm sized fry now swim in the clear waters that flow in the heart of the Maiella Park, with the hope that they can spread and over the years repopulate the other rivers and streams.

The release activities will be repeated in the next few years, according to the provisions of the project actions and also after its conclusion, as post-life actions.