The Ispra Report on Italian Biodiversity has been published 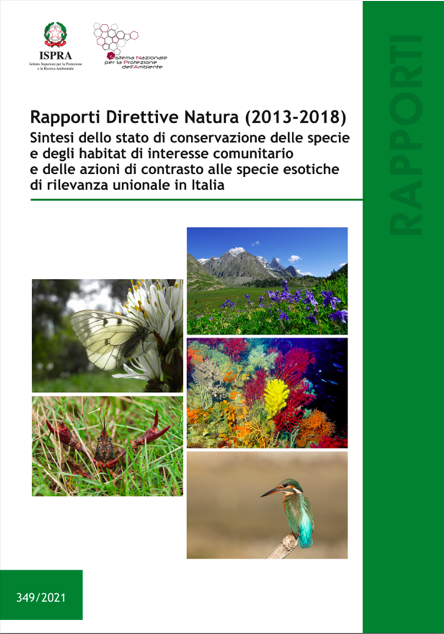 Critical situation for the species and habitats that populate our country: although protected for decades, 54% of the flora and 53% of the terrestrial fauna, 22% of marine species and 89% are in an unfavorable state of conservation. of terrestrial habitats, while marine habitats show favorable status in 63% of cases and unknown in the remaining 37%.

This is what emerges from the ISPRA Report on biodiversity in Italy, published on the Institute’s website, which presents the updated picture of the conservation status of animal and plant species and habitats protected at community level in our country in both the marine and terrestrial areas. The volume provides a commented summary of the results that emerge from the Italian data produced in response to European directives and regulations on biodiversity and presents the results that emerged from the three reports transmitted by Italy to the European Commission in 2019 under the Habitats and Birds Directives. and of the Regulation for the fight against invasive alien species.

Italy is among the European countries with the greatest wealth of species and habitats and with the highest rates of species exclusive to its territory; the data presented in the Report, in fact, concern 336 species of birds, 349 animal and plant species and 132 habitats present in our territory and in our seas, as well as 31 invasive alien species. The results relating to avifauna show that despite 47% of nesting species present an increase in population or demographic stability, 23% of the species are decreasing and 37% have been included in the main categories of risk of extinction. Furthermore, 35% of the invasive alien species identified as the most dangerous on a European scale present in Italy have not yet been the subject of any management intervention aimed at combating. Wealth of species and habitats are accompanied in Italy by high population density, strong anthropogenic pressure and unstoppable land consumption. In the terrestrial context, among the pressures that threaten our biodiversity, agriculture is the main cause of deterioration by species and habitat, followed by the development of infrastructures and urbanization.

These pressures are among the most common also for birds; in particular, the threats related to modern agricultural practices are believed to have had a decisive impact on the drastic decrease in the populations of species typical of agricultural environments, especially in the plains and where there is greater use of intensive crops. In the marine context, the Report shows instead that abstraction activities and accidental catches represent the main sources of pressure on species of community interest, accompanied by pollution, maritime transport and the construction of infrastructures, which also affect the majority of marine habitats. , together with activities with fishing gear that physically interact with the seabed. The results highlight the urgent need for greater commitment to the conservation and management of species and habitats in Italy, also with reference to the objectives of the new European Biodiversity Strategy for 2030. It is also essential to strengthen monitoring efforts, because the regulations Community communities require a qualitative leap in the data that will have to be transmitted in the coming years.