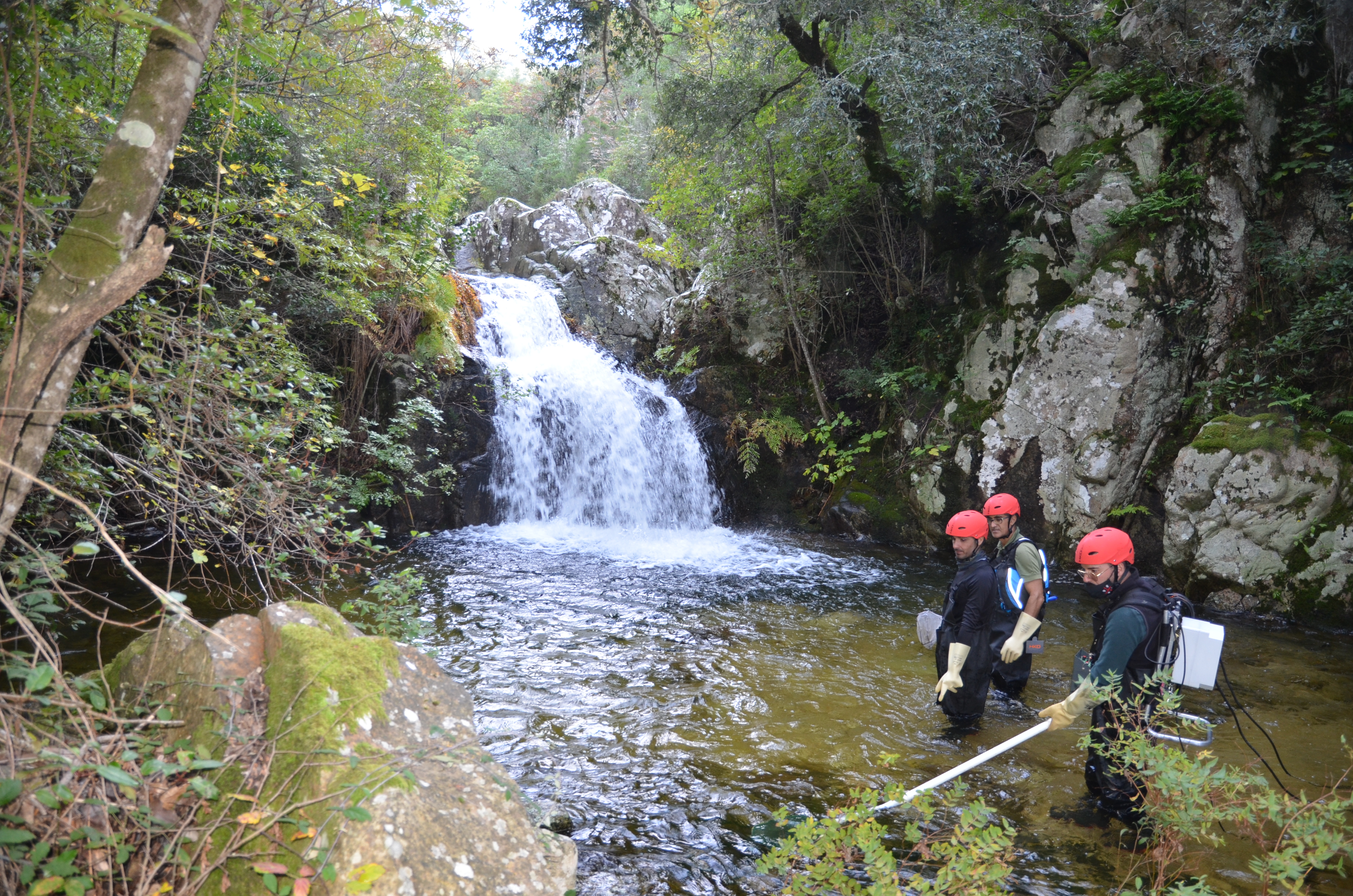 Sampling continues in Sardinia to understand the state of native trout populations. This time the Forestas staff explored two streams of Monte Limbara, in the northern part of the Region. 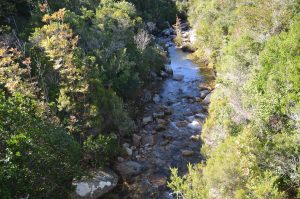 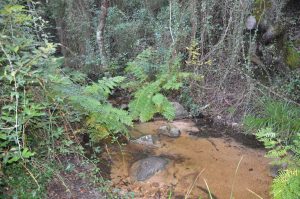 On Tuesday 20 October the Salauna stream, near Vallicciola (Tempio Pausania), was sampled. The site was searched in 5 sections, starting from the most upstream part and covering a distance of about 1.5 km. In the 4 upstream sections, within the SIC, no trout were found. Only in the afternoon around 16:00, after almost 6 hours of non-stop sampling, 35 trout were finally caught in a stretch of the valley adjacent to the SIC. Their highly variable liveries and morphological characters suggest the presence of introgression with the Atlantic strain which, in the past, was released in the area with massive repopulation.

The following day the staff moved to Berchidda to sample the Rio Sa Mela, on the southern side of Mount Limbara.

Like the previous one, Rio Sa Mela also has steep slopes, with the water flowing rapidly on granite substrates, in the midst of xerophilous Mediterranean scrub vegetation. Also in that site the upstream sections of the watercourse were investigated, in search of residual populations of native trout perched in areas that are not easily accessible. But after a long search, extending over a stretch of about 500 meters, only one adult trout was caught, probably of the Atlantic stock. 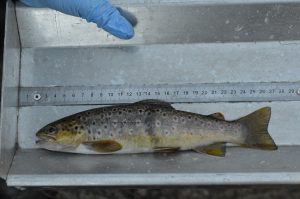 Then one wonders if the trout on Monte Limbara are few because the sites are not particularly suitable or if the trout of the Atlantic stock released long ago have not adapted much to the conditions of the streams.

If the native strain, which is more resistant to low oxygen levels and the intermittent high summer temperatures in these parts, could be reintroduced, perhaps we could better understand what is happening.