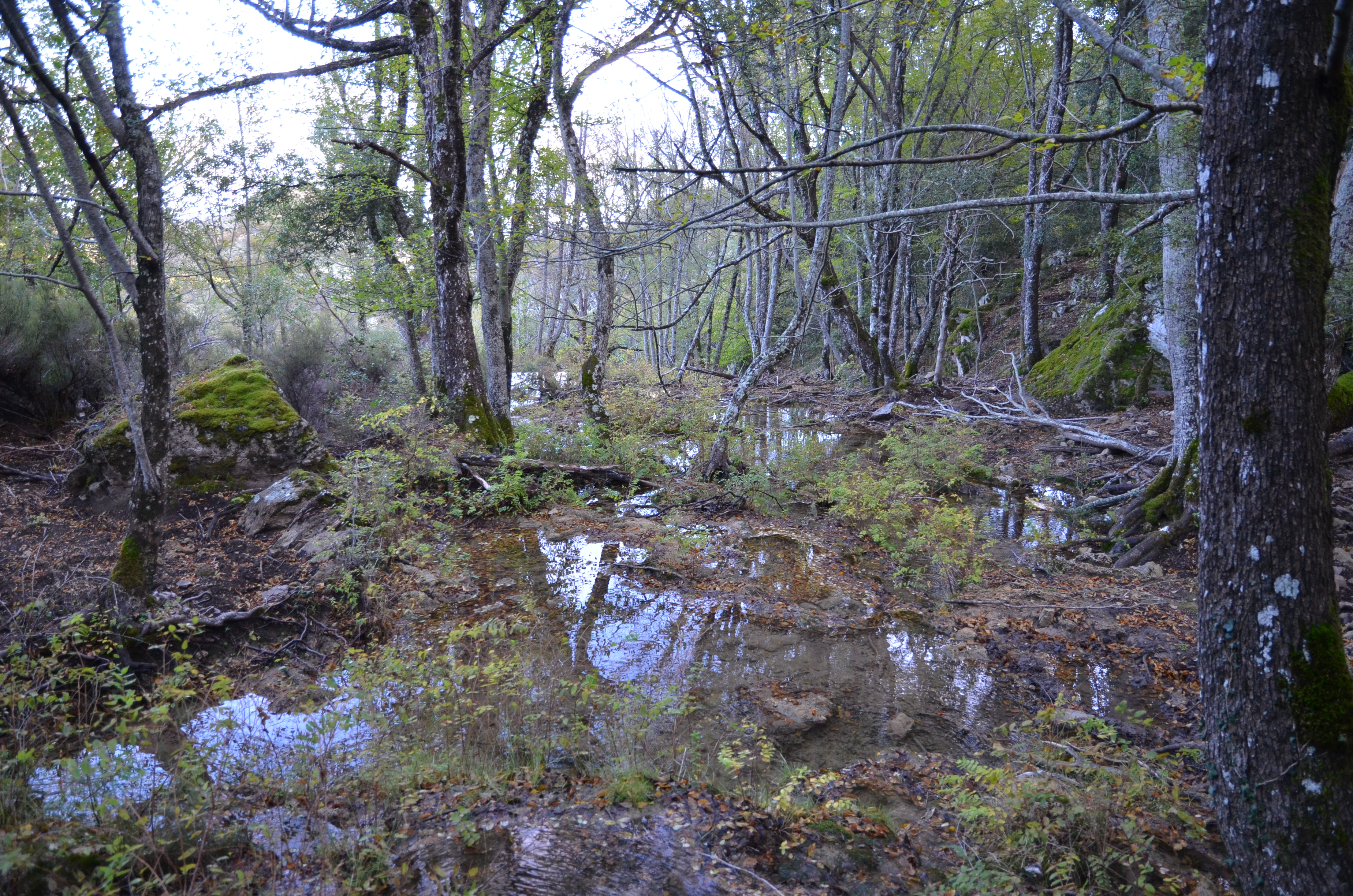 With the arrival of all the necessary equipment, purchased with the project funds, on Friday 9 October 2020, in the Riu Cannisoni (Villacidro – south Sardinia), the sampling provided for in action A3 has finally started. In the stream, 42 trout individuals were collected, sampled and released. The population appeared well structured, with the presence of a large portion of juvenile individuals (minimum size found 7 cm) and over 50% represented by adults. The trout caught were characterized by a livery compatible with the native species Salmo cettii. However, the outcome of the genetic analyzes is expected to confirm belonging to the autochthonous strain.

On Monday 12 October the team moved to central Sardinia, inside the state-owned forest of Montarbu (Seui), to sample the Accu Ermolinus stream, which forms splendid travertine pools surrounded by a hornbeam forest, very rare on the island. During the cold and gloomy day, 44 trout were sampled, with sizes between 10 and 26 cm, confirming also in this site the presence of a well-structured population, but probably hybridized with the Atlantic stock due to the repopulations made in the past.

The sampling was carried out downstream of an electrical barrier installed in a previous reintroduction project of native trout to isolate the pure population from the hybrid downstream. The barrier, powered by photovoltaic panels, is still in operation. To evaluate the actual insulation of the two sections of the stream, another sampling is required, this time in the section upstream of the electrical barrier.