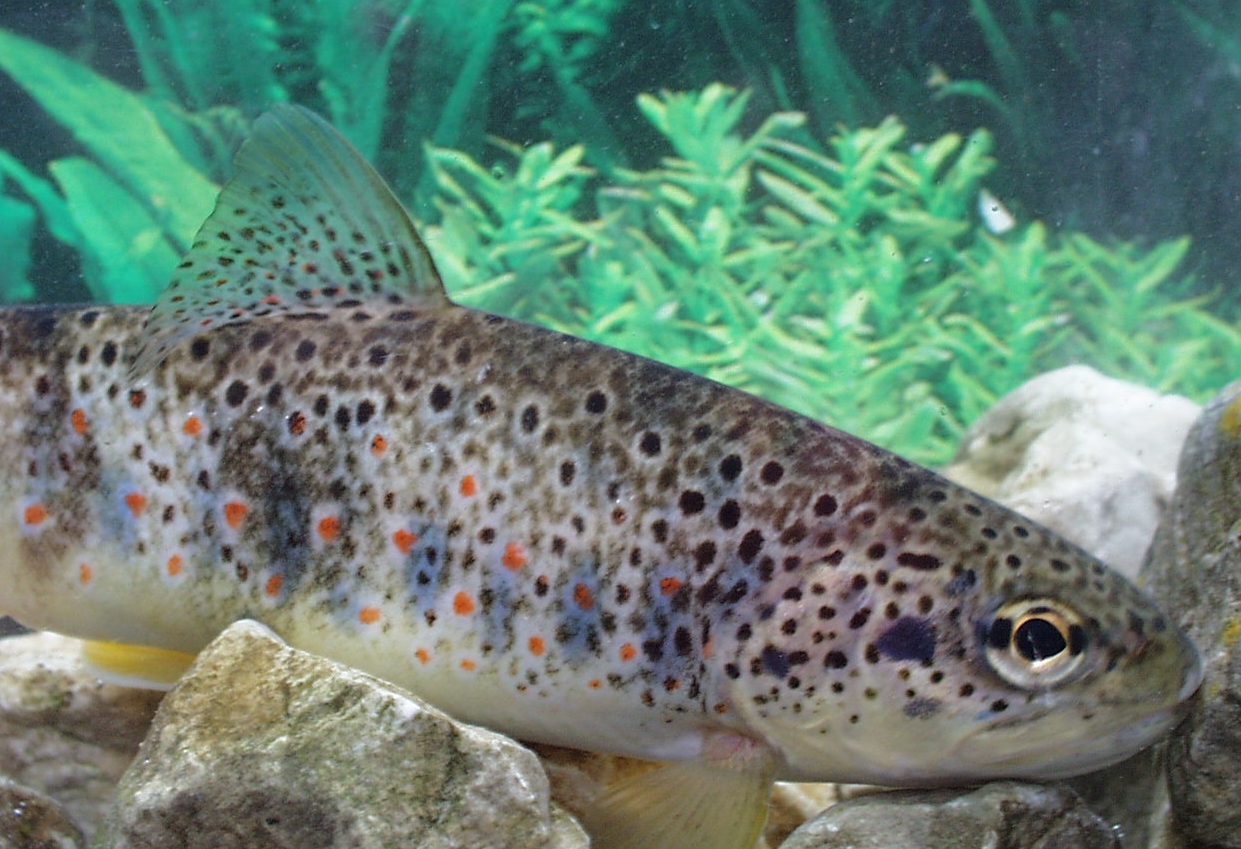 We report the beautiful article by Andrea Barchiesi published today in the online version of the newspaper.

In the Maiella Park the Mediterranean trout have almost disappeared, replaced by the Atlantic ones. But we are working to bring the native species back to the waters of the Apennines. Ichthyological experts: “Their presence offers the ecosystem a fundamental balance”

The mission is to prevent Mediterranean trout from disappearing from the rivers of the Apennines. And that until a while back there was not even awareness of the problem is demonstrated by the involvement of experts on our mountain back: “In the past years the same local authorities – explains the biologist of the Maiella Park, Marco Carafa – to repopulate the waterways drew from trout populations raised in Northern Europe, it was almost normal, not realizing that over time they would create more of a problem for the native trout that remained in the minority. In our Park they have almost disappeared “. And so a sort of qualified scientific rescue was activated with methods that were carefully prepared and refined in the Sibillini Park a few years ago. On that occasion, the University of Perugia and some organizations in the Marche started the rescue operation, separating the Mediterranean trout from the Atlantic ones, restoring to the environment one of the main characteristics it was losing.

From the Sibillini, thanks to a European project, it was decided to extend the experiment to the Apennine ridge. The Montemarcello Magra Park of Liguria, that of the Casentinesi Forests between Emilia-Romagna and Tuscany, the Sibillini Park in the Marche, the Maiella Park in Abruzzo, the Pollino Park between Calabria and Basilicata, and the Forestas forest agency in Sardinia which manages regional state-owned areas.

“We have already developed a method that bears fruit – explains the scientific director Massimo Lorenzoni – we know exactly what the DNA of the indigenous trout is. On the traits of interest with electromagnetic fields we stun and collect the alien populations to transfer them to ponds and repopulate them. spaces with Mediterranean trout “. Since animals are indicators of purity and a good dose of ph in the water, their presence offers the ecosystem a fundamental balance. In this operation, the problems of about seventy watercourses will have to be examined and resolved and, as Marco Carafa maintains, the aim will not only be to select the species but also to allow for a minimum vital flow: “We will also examine the water catchments that are needed. to power electricity or to irrigate the fields. We will make sure that the bridles can allow the trout to go up to the springs to reproduce “.

“To protect the biodiversity heritage that risks disappearing – observes Massimo Lorenzoni – we will resort to the collaboration of local communities.” It is thanks to these operations that the DNA and morphological data of the Mediterranean trout have been recorded: “We do not know everyone the details of this species – Lorenzoni observes – we know a lot but time will certainly offer other valuable data. “It is a population born about 12,000 years ago and the differentiation between the Atlantic and the Mediterranean species dates back to that time and has settled above all on the ridge Apennine and in the south-eastern and western part of the Piedmontese Alps. Compared to the Atlantic trout, the Mediterranean trout is red and black brindle and has no white halos. For these reasons sport fishermen will also be trained. Their work will be very useful for the repopulation of fishing watercourses.

A group of volunteers, in fact, will be prepared to distinguish the allochthonous presence from the autochthonous one. And they will be given permission to fish and take away only the Atlantic one. “The European initiative is also an opportunity to launch new research that in the future will only be used to filter the water with its living organisms and establish the environmental DNA useful for recognizing which species occupy the watercourses examined”, – explains the ichthyologist Giuseppe Maio of the private company Acquaprogram of Vicenza who collaborates with researchers in the conservation of the Mediterranean trout.