The double value of barriers: # 2 Rio Monte Nieddu and Rio Is Canargius 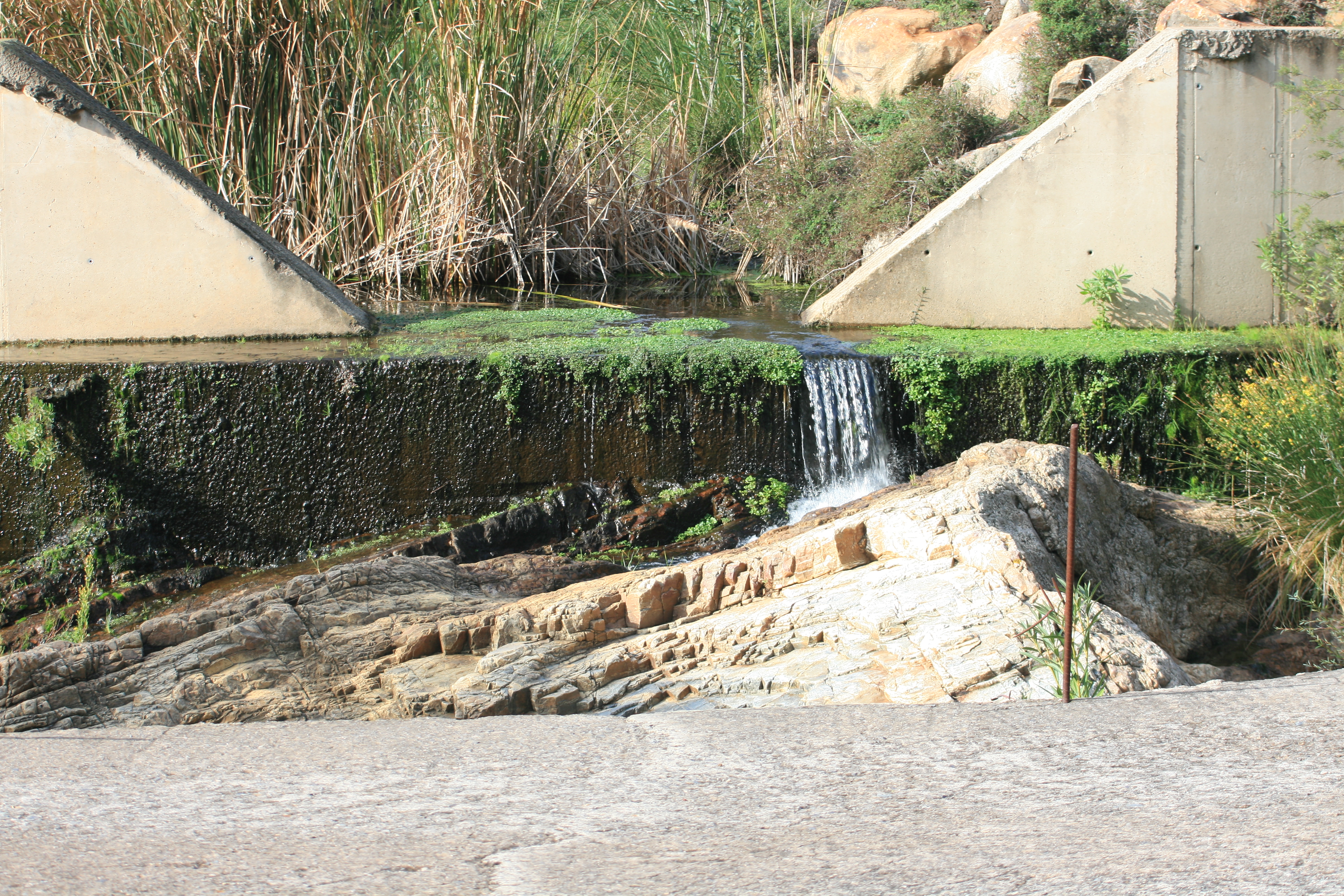 Rio Monte Nieddu and Rio Is Canargius are two tributaries of Rio Pula, which flows south into the Gulf of Cagliari. Both streams are affected by the construction of a dam , which is likely to impact fish communities. 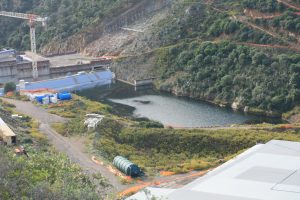 Two native populations of scattered trout of limited consistency are known in the area and our sampling confirmed the difficulty in finding densely populated stretches. In fact, in Rio Monte Nieddu, 7 trout were caught in a stretch of about 200 meters. 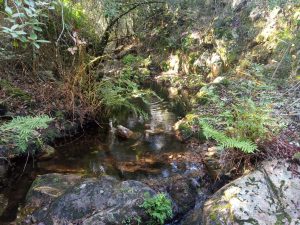 The other sections of the stream were dry or characterized by highly thermophilic vegetation. It is likely that the residual pools in summer heat up a lot and the stream, at least in the other areas explored, does not seem a particularly suitable environment for trout.

In Rio Is Canargius, on the first day two sections of about 200 meters downstream of the dam under construction were searched without catching any trout. The sections visited upstream of the dam were dry. However, the electric fish catcher stopped working, so also sampling had to be stopped. The technical-operational staff therefore returned on 5 November and with a better planning of the stretch to be investigated, and decided to search a stretch even further upstream. 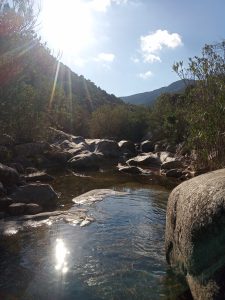 The preliminary visual inspection made it possible to immediately identify 3 trout of considerable size. With the subsequent sampling, in a rather short stretch, 22 specimens belonging to a well-structured population were captured which, even if rather small, suggests a breeding site of the species. The morphology of the fish caught seems to be of the native stock, to be confirmed with genetic analyzes. 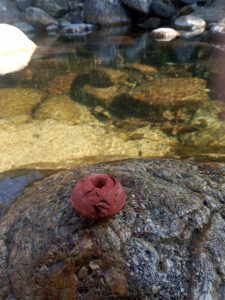 The discovery of lines and a float (floating photo) also suggests that the area is frequented by fishermen equipped with unsportsmanlike tools and excessively impacting on populations such as fishing nets.

In conclusion, reefs such as dams and bridles can have opposite effects on trout populations. On the one hand, they can limit the gene flow from populations of allochthonous trout that may be present in the downstream sections, guaranteeing the persistence of the native strain upstream and avoiding phenomena of introgression and outbreeding depression (negative effect of hybridization with reduction of adaptation to local conditions ). On the other hand, they can limit the dispersion capacity towards reproduction areas or towards stretches where local extinctions have occurred, reducing the size of metapopulations to guard levels. The conservation interventions and the management of the species will have to take into account this double effect.

Previous Post
The double value of barriers: #1 Rio Oridda
Next Post
Our project on television at “Linea Bianca”