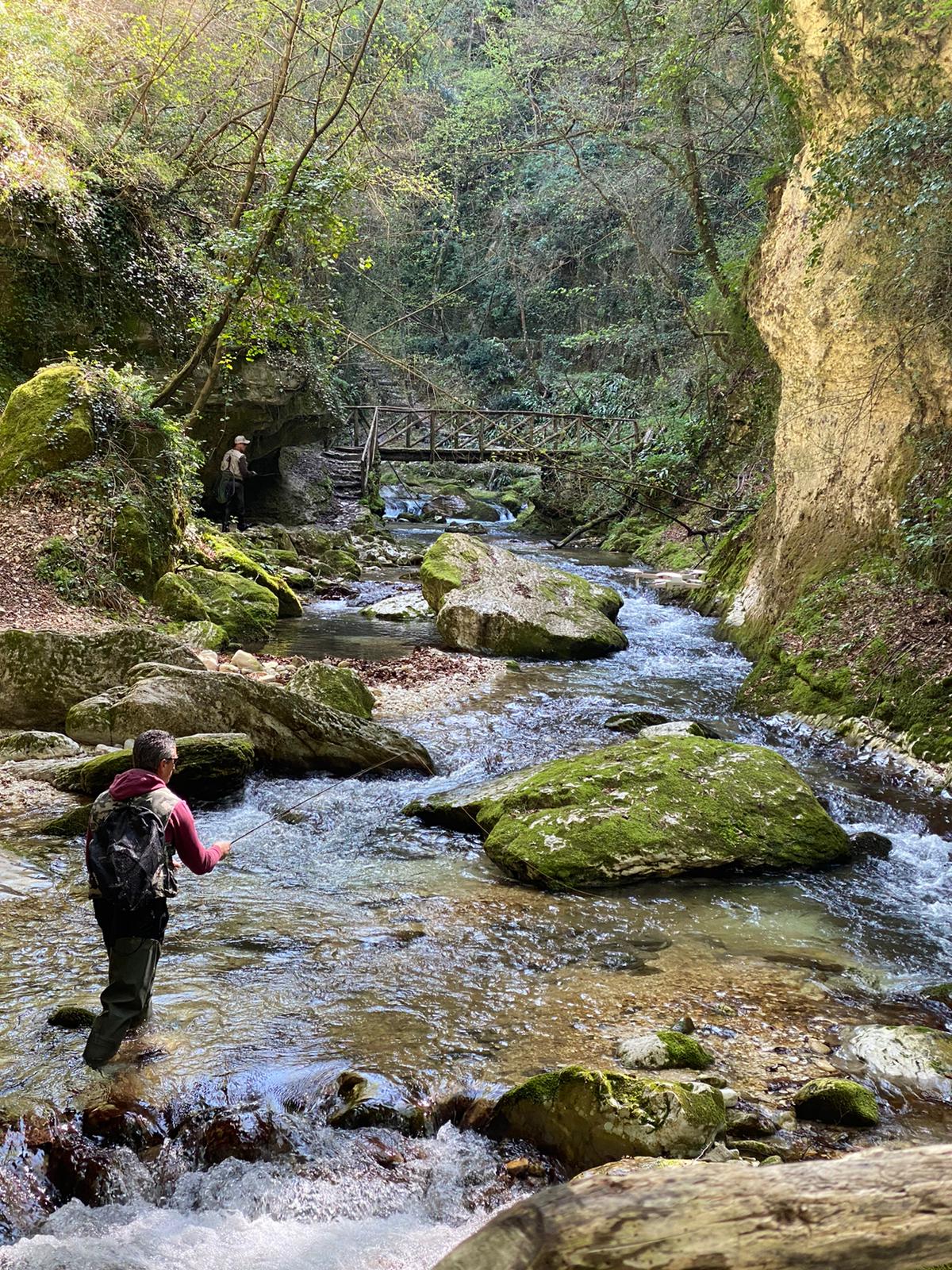 The Maiella National Park, leader of the project, held a first workshop on 24 April aimed at setting up a LIFE STREAMS Volunteers Group who can provide their contribution in the implementation of some planned conservation actions for the Mediterranean trout and its environment. from the project.

Fishermen were invited to participate in the workshop, identified among those who, in the last two years, had presented an application for sport fishing to the Park and their response was very flattering, given that there were about thirty participants. Among them also a dozen voluntary fish guards, belonging to the ARCI Provincial Committee of Pescara, who will be involved in the control and surveillance activities of the project sites and in contrasting the introduction of alien species and poaching (action C.6).

At the opening of the meeting, the Director of the park Luciano Di Martino underlined how, thanks also to the recent recognition of the Geopark by UNESCO, the enhancement of the territory’s water resource takes on an even more universal value, and how the involvement of fishermen in the project you underline the importance that all the activities connected to the water resource are carried out in an eco-compatible and shared way.

In particular, fishermen have been trained to be involved in selective fishing actions that involve the removal of trout belonging to the Atlantic stock and the removal of portions of fins for genetic analysis of the Mediterranean ones.

After the interventions planned for the first training, Marco Carafa, biologist of the Park, presented the results of the genetic analyzes obtained following the sampling of the fish populations carried out in action phase A.3, sampling carried out in the Sangro-Aventino river basins, Forum, Alento and Aterno-Pescara.

The actions that will also involve volunteers will mainly focus on this latter basin, since the analyzes excluded the presence of populations belonging to the indigenous stock in the other basins.

In the Aterno-Pescara catchment area, in the face of a demographically reduced presence of the Mediterranean trout – among other things concentrated in the sampling point upstream of the Orta course – it will be possible to implement controlled reproduction by pure individuals thanks to the material fish of the Experimental Ichthyogenic Center of Hydrobiology of the Vetoio (L’Aquila), which will be planted in the hatchery under construction at the “D. Brescia” Botanical Garden in S. Eufemia a Maiella.

As scheduled, the breeding activities will take place starting from October 2021 for three seasons, concentrating the release operations of the fry between April and July of each season.

Through the meeting held on 24 April last and those to be held in the future, all stakeholders on the subject of fishing, water management and river ecosystem conservation will be involved in the project, to define fruition and conservation strategies. of our rivers as complete, shared and effective.