“Freshwater fish are in danger” by Daniele Pieracci 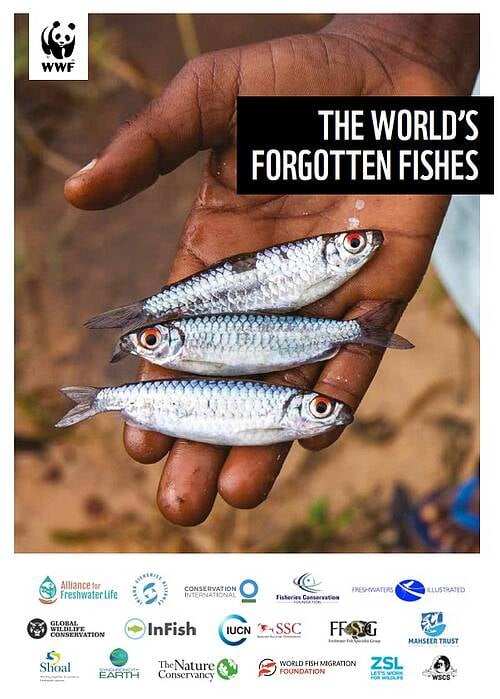 We report in full version the reflections of Daniele Pieracci, biologist and refined popularizer, on the recent WWF Report on the current conservation status of freshwater fish worldwide.

There are currently around 35,000 species of fish in the world that colonize nearly every known aquatic environment on the planet.

I say “at the moment” because this number is subject to a moderate variation linked to the species that year after year are classified, downgraded, reclassified, rediscovered.

I say “at the moment” because this number, the highest among all vertebrates, is irremediably forced to decrease and all this happens, unfortunately, because of us.

In fact, more than 3,000 species known today are considered to be at high risk of extinction in a short time. 80 species are considered extinct in historical times, but this number is destined to increase dramatically in the coming decades, due to the ever increasing direct and indirect effects of anthropization on aquatic ecosystems.

We should talk about it every day, we should even worry, given the role that some species play as a pillar of world nutrition and the consequent economic induced they generate or simply as an essential cultural, aesthetic or even playful element of human societies. Yet, with some exceptions related to marine environments, we do not. Indeed … some fish, unfortunately, it seems that we have forgotten them …

Freshwater fish are in danger and the world, apparently, has not (yet) noticed it.

Fresh waters represent about 1% of the planet’s aquatic habitats, however over half of the fish species known today live in them. This extraordinary richness in terms of species, the incredible global fish biodiversity, is made up of thousands and thousands of taxa of the most varied shapes and sizes, of the most disparate colors, of the most diverse ecological roles. A kaleidoscope of endemics that embellish rivers, lakes, ponds, streams of every order and size, making them unique in the world. The engine of the life of small or large local realities. Peoples, ethnic groups and communities that since before the beginning of civilization as we know it today have lived thanks to the river, with the river and for the river.

All this, today more than ever, risks disappearing forever.

Take your time, read the report. Observe how finely chiseled is the rich mosaic of species that inhabit the fresh waters of the planet, a world that never ceases to surprise and amaze. Understand the role that each species has in its environment, the importance it plays for local populations. Reflect on the effects that our every action has on these organisms, the consequences that every single political, economic and social decision or solution undertaken has on the environments.

And above all, whatever your idea about it, talk about it, discuss it, always keep your attention on this issue wherever possible, wherever it can count or serve.

Let’s make sure, all of us, without exception, that the veil of silence that often falls on the conservation of freshwater ecosystems out of ignorance, mere disinterest or enslavement to the advantage of the moment, can finally be torn apart.

The full report can be downloaded HERE ▸