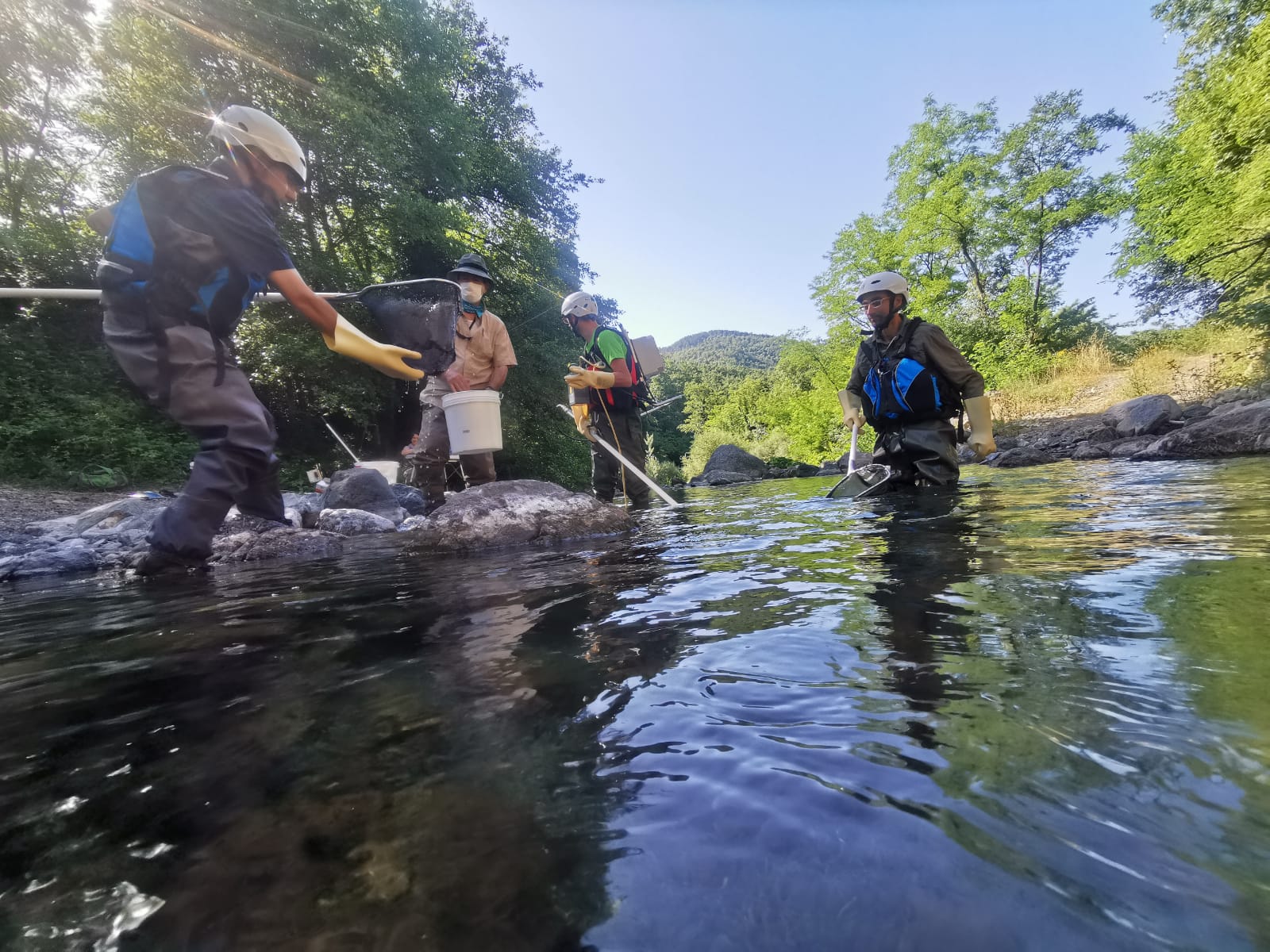 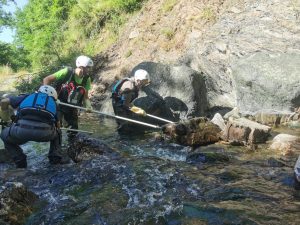 The goal, as is known, is to identify suitable populations of Mediterranean trout to be used, subsequently for a correct repopulation of the streams of the Park.

Through electro-fishing all the trout individuals present in the stretches of the investigated streams were captured, which were transported to the shore and placed in suitable tanks equipped with a system of portable aerators. 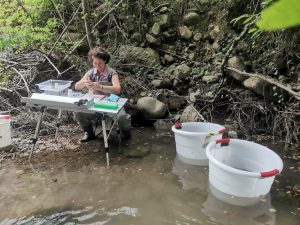 It was thus possible to proceed with the detection of the morpho-metric parameters (length, weight, any anomalies) and then move on to the collection of biological samples such as scales for determining the age and a small portion of the caudal fin for genetic characterization. 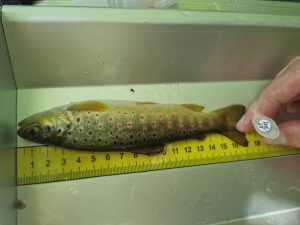 The samples were placed in properly labeled disposable tubes and all trout were photographed along with the tubes for proper match between individual and sample.

The materials will now be analyzed by ISPRA and UNIPG to identify the populations of Mediterranean trout useful for a correct restocking.