Practical training and sampling in Flumineddu 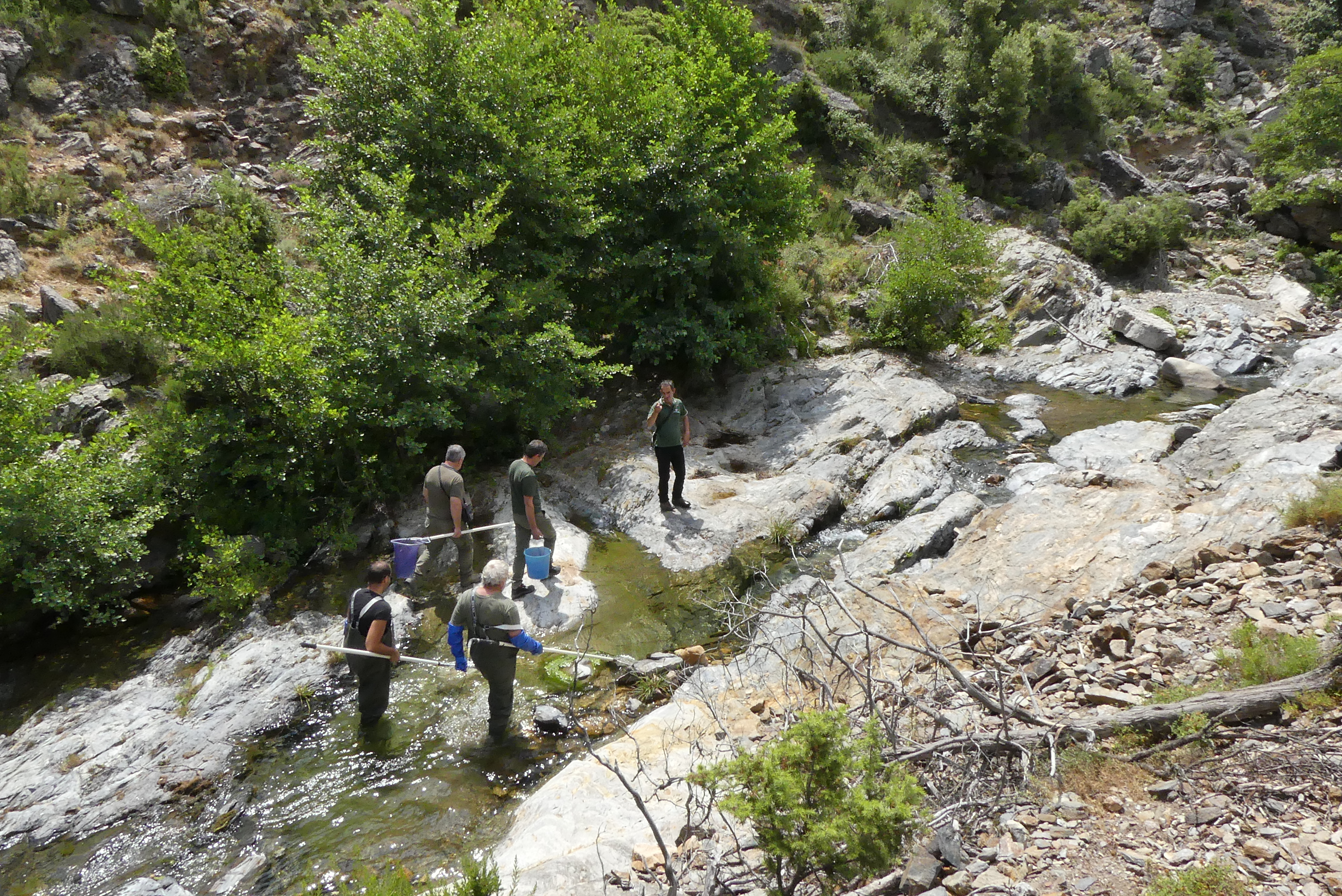 On Wednesday 15 July 2020 the first day of sampling and practical training provided for by our project took place in Sardinia. More precisely, we were in the Rio Flumineddu, near the Montes State Forest, Orgosolo (NU).

During the day, methods, tools and field cards to be used for sampling the trout, for the description of the habitat and for the detection of the flow rate and chemical-physical parameters of the water course were shown by the University of Perugia.

For Forestas, the staff of the Technical Service and Territorial Services of Cagliari, Lanusei, Nuoro and Tempio participated, all involved in the project. The Noesis project manager was also present to discuss the progress of the project in the Sardinia region.

The Flumineddu stream, a tributary of the Cedrino river, falls within an area of ​​great environmental importance included in the Gennargentu National Park and in the SIC / ZPS Supramonte of Oliena, Orgosolo, Urzulei-Su Suercone.

The river, in its mountain stretch (Municipalities of Orgosolo, Urzulei, Talana and Villagrande Strisaili) is an important genetic refuge of the indigenous Mediterranean trout in Sardinia, with trouts that are genetically pure (Regional Fish Charter 2019). Like many Mediterranean waterways, numerous sections go dry during the summer season. It is perhaps this natural fragmentation of the waterway, which crosses a vast limestone area, which has allowed this population to avoid hybridization with Atlantic trout, whose introduction is among the main causes of the decline of the species, also in Sardinia .

During the sampling, over 150 trout were caught in a stretch of stream of about 100 meters, demonstrating the abundance of the population. The water temperature was around 21 °, quite high for the species. However, trout were found during the day even in rather isolated pools with higher temperatures. The presence of an abundant population in these conditions suggests that the autochthonous species is able to survive in isolated stretches, with relatively high water temperatures and relatively low quantities of dissolved oxygen.

Other trout species or populations do not have these characteristics: also for this reason it is not appropriate to use allochthonous trout for restocking. The use of trout from other environmental contexts can in fact lower the level of adaptation of the species to its habitat, reducing the consistency of populations and endangering the survival of the species itself.

Overall, a profitable and interesting day, dedicated to study, the exchange of knowledge, collaboration and, above all, the protection of Mediterranean trout.