Precious finds in the Orfento river 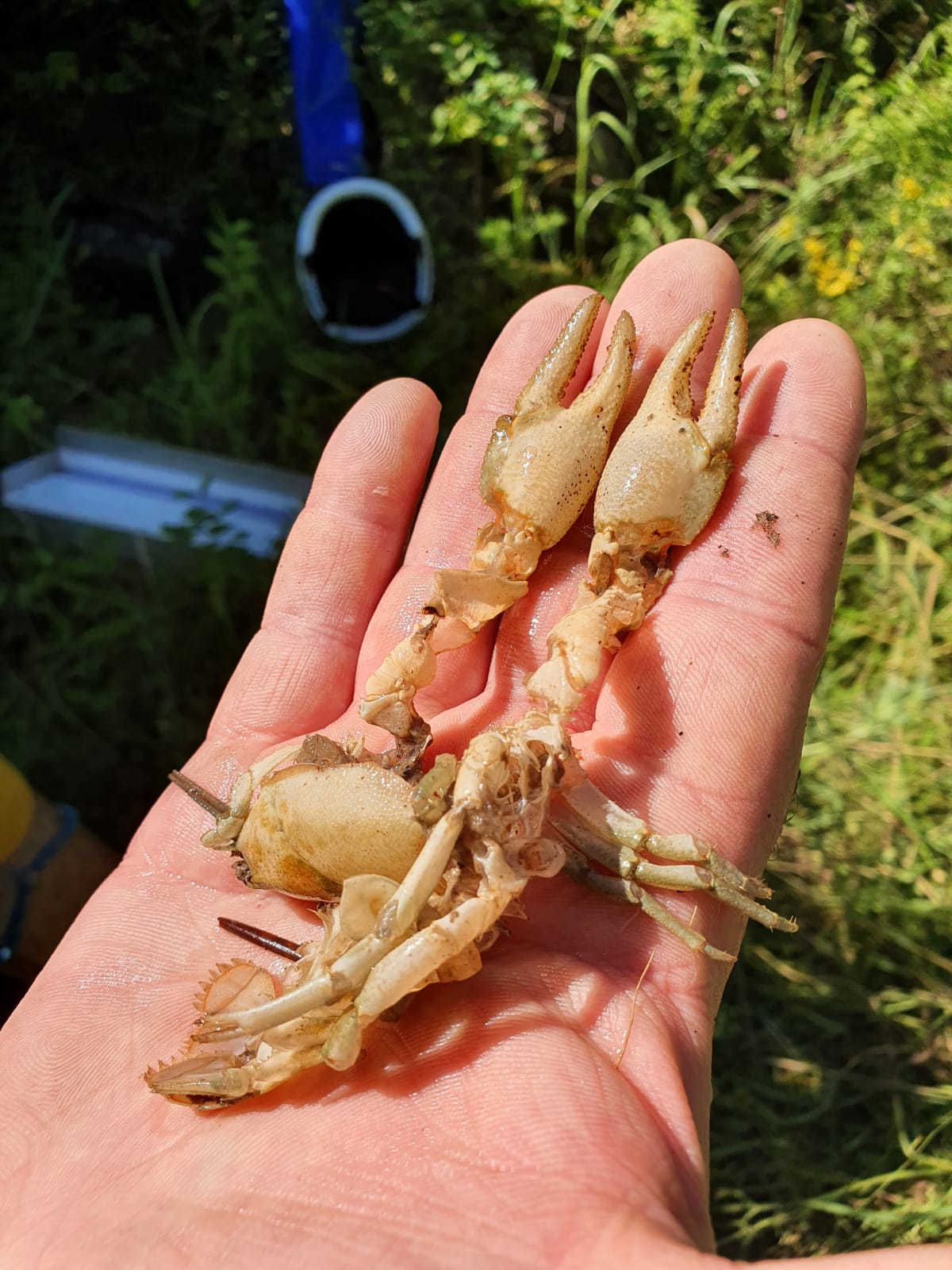 During the practical exercise in Majella on 9 July, in the waters of the Orfento we found an exuvia of indigenous river shrimp.

As is well known, it is a species that is endangered in Italy due to a disease – the so-called “shrimp plague” – caused by a fungus introduced and carried by allochthonous prawns. The presence of indigenous shrimp here is therefore an indicator of environmental quality: meanwhile, it tells us that in these rivers the shrimp plague is not present and probably there are not even allochthonous shrimp.

In addition, the indigenous crayfish needs cold and oxygenated waters, often lives together with the trout (which feeds on them) and in the presence of poorly oxygenated and / or polluted waters it tends to disappear.